Retrospective: The Town With No Name is the worst adventure game in history – or is it the most amazing? 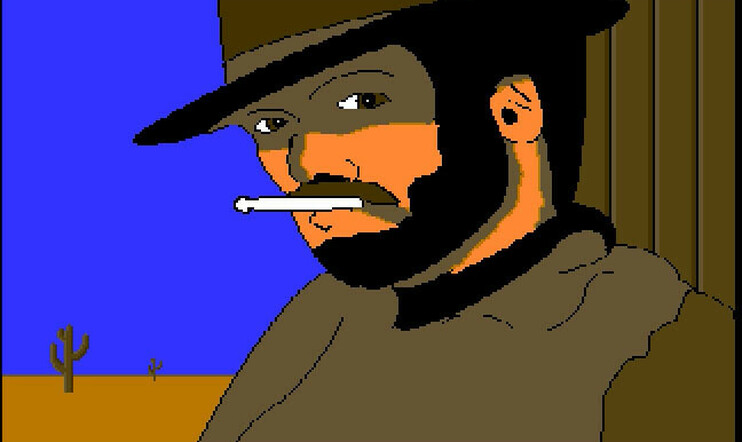 Commodore’s CDTV was a device before its time. Released in 1991, the intersection of a computer and a console was essentially an Amiga 500 home computer with a CD drive and packed in a VCR-like case. Commodore’s goal was for CDTV to become the nerve center of the entire home, providing information and entertainment in the form of encyclopedias and games under TV.

The goal remained a mere dream as CDTV flopped hard. The technology was not yet ready for such multimedia artillery in 1991, and not many consumers were interested in a completely freezingly expensive device. Although CDTV died, it left behind a few games worth remembering, such as the sledge adventure The Town With No Namen, which is the best or worst adventure game of all time, depending on your point of view.

As a game The Town With No Name is just awful, and it wouldn’t bother to even call it a game. An unnamed man arrives in an unnamed town and kills the little brother of a local desperado in a duel, so this one sends the killer after another to balance the accounts with the player. Gaming is then about choosing from a clear CDTV standard menu where you want to go next. In between, you may see a small intermediate animation of quality CD-I: n Zeldagames level. Finally, it’s time to try desperately to click on the assassin that appears on the screen before the game decides the player died. 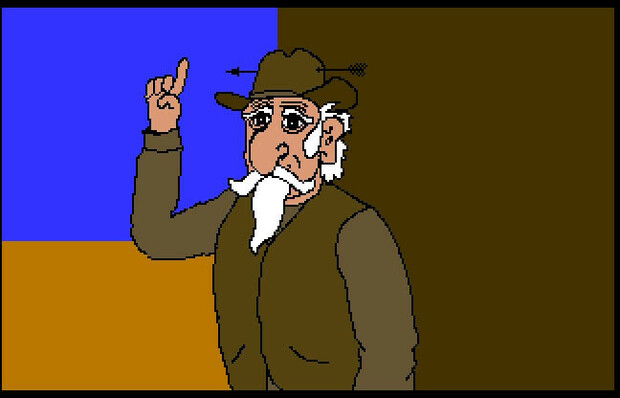 Skillfully played The Town With No Namen passes in about 15 minutes, but this way you get the most out of the experience. It’s a real fun when you come off to be amazed one by one by the game’s spooky airy interludes, their incredible show, and really stunning jokes.

The Town With No Name indeed, there are few games that really manage to land there in the “so bad that it’s good” area of ​​the best shit movies. The team has clearly tried to make a fun game and has succeeded in doing so, but perhaps not in the way it intended. Only a few jokes laugh like jokes, but the level of their execution and the incomprehensible amateurishness of the game, on the other hand, manage to release the screaming laughter time and time again.

So The Town With No Name there really is a kind of superposition of games. It’s quite total rubbish at the same time, but at the same time also an absolutely stunning classic. Too bad it was only released for CDTV and theoretically also for DOS computers, because if the team had pushed their game to market a few years later, I guess The Town With No Name would have become a cult classic of the PlayStation generation. Now, we can only wonder in retrospect how someone has imagined a game like this to be expensive.

Join Miikka Lehtonen to retouch old games every Saturday at Pelaaja.fi. Suggest in the comments what to grab next for the retrospective.

Fatih Terim and Mustafa Denizli will compete for the 7th time