Police vehicle burned in Pendik, flames spread to the archive building of the hospital

A police vehicle in the parking lot of PENDİK State Hospital Kaynarca District Polyclinic caught fire. Flames spread to the archive building of the polyclinic. The fire was extinguished by firefighters.


The incident occurred at the Pendik State Hospital Kaynarca District Polyclinic parking lot at around 03:00. A fire broke out in the official police vehicle with plate 34 A 94159, which was parked in the hospital garden, for an undetermined reason yet.

The flames rising from the police vehicle, which turned into a fireball in a short time, also spread to the single-storey archive building in the hospital garden. Firefighters were dispatched to the scene upon notice. 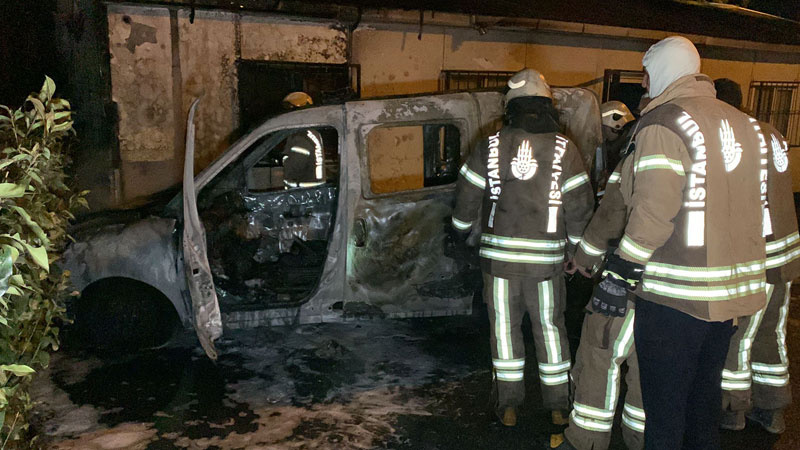 The fire was put under control by firefighters in a short time, and then cooling work was carried out. As a result of the fire, the police vehicle became unusable and the hospital archive was damaged. Those moments were recorded by the people around with their mobile phones. The cause of the fire is being investigated.

The car that hit the barriers in Konya rolled over: 1 dead, 3 injured

Two more ANKA-SİHAs were delivered to the Air Force Command