Trabzonspor, which maintains its place in the first place by beating its closest rival by 7 points in the Super League, is facing Fatih Karagümrük this week. Fenerbahçe will be the guest of Göztepe in the week when Galatasaray will be away from Yeni Malatyaspor.

Besiktas, which regressed to the middle ranks after consecutive defeats, was defeated yesterday as well. GZT Giresunspor increased its score to 16 after Beşiktaş’s victory, and the match went up to 14th place. Here are the aggregated results and standings this week… 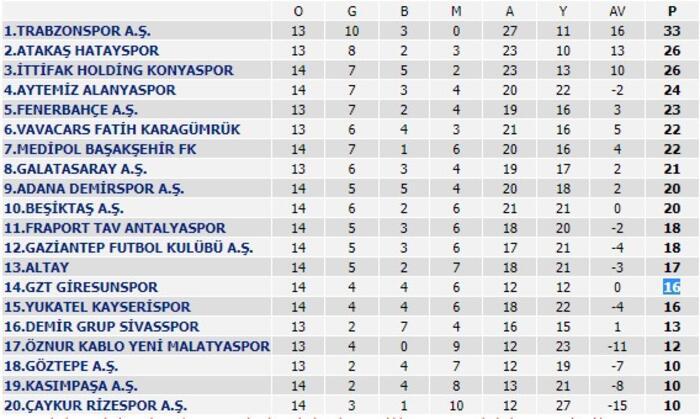 The tomato paste spilled on the road caused the accident: 1 dead, 10 injured

Red deer captured with a camera

Universities in the USA are turning to distance education