Mosque damaged in forest fire in Adana reopened for worship

Acaryayla Mosque in Karahamzalı District was also damaged in the forest fire that broke out on August 23 last year in Kozan district of Adana.

Governor Süleyman Elban mentioned the forest fires that broke out in the city last year at the opening of the Acaryayla Mosque in the Karahamzalı District.

Noting that the state and the nation healed the wounds together, Elban said, “Our damaged mosque was completed with the support of our benefactors. Today we are opening it. May it be beneficial for our country and our nation.” 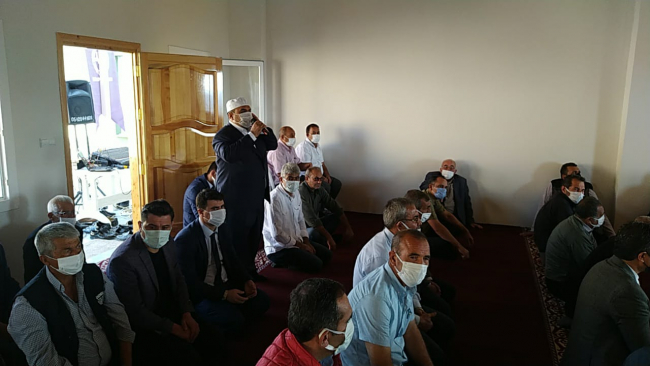 AK Party Provincial Chairman Mehmet Ay also stated that the protracted process for the construction of 35 villages and 10 barns in the fire area has been completed due to the title and land share disputes, and said, “I would like to give the good news that the tender has been made to our citizens whose houses were burned in the fire area and that the construction of the houses will begin in a short time.”

After the speeches, the mosque was reopened with a prayer.

Governor Elban and members of the protocol presented prayer beads and prayer rugs to the benefactors who contributed to the construction of the mosque.

Galatasaray's Lokomotiv Moscow win is in the Russian press

Minister of National Education Özer met with his counterpart in Kosovo

Merkel: We agreed to react together against Russia’s politics