Sefan Kuntz: First of all, we want to get good results

A National Football Team Coach Stefan Kuntz made a statement with the national football player Merih Demiral at the Daugava Stadium, where the match will be played against Latvia on Monday, October 11, in Group G of the 2022 FIFA World Cup European Qualifications.

Kuntz stated that the team did not want to go into too much detail about the game plan.

“Çağlar and Ozan’s suspensions are over. I will tell the team the starting 11 tomorrow morning. I can’t make a statement about whether we will go on the field with an even or odd striker.”

Stefan Kuntz: I saw that we have settled some of the work we have done in terms of tactics. It takes time for our philosophy to settle down. pic.twitter.com/Lv32wziweU

Underlining that they wanted both the game philosophy to be established and the victories to come, Kuntz said, “The ball was too much in the opponent’s match in the Norway match. Will it be different this time? You said that you found a game philosophy suitable for the national team, at what stage are we in terms of establishing this philosophy?” answered the question.

“It was not something we wanted to lose as soon as we took the ball. In certain situations, we did good things when we were playing from the defense and midfield and transferring the ball to the forward line. I also saw that we quickly settled what we did tactically. We met with the national team for the first time last Sunday, we were able to do three real practices. “Maybe it’s not something that is tolerated, but we have to accept that football has realities. Patience and, of course, some time is required for the philosophy that we find appropriate to be established.” 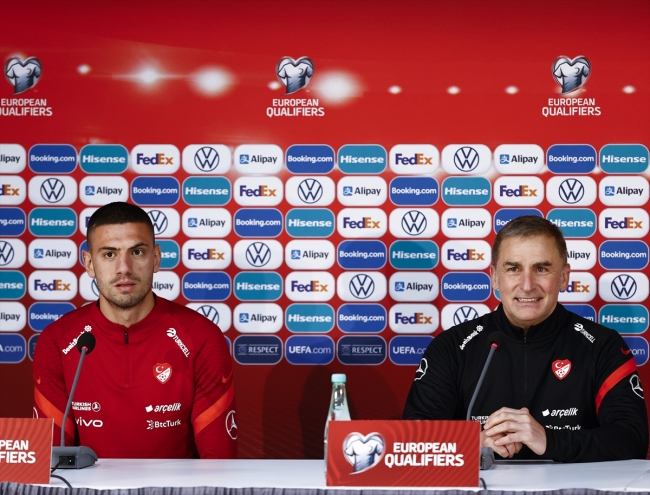 “Our goal is a win, we know that we need a win. It is not possible to make radical changes in one day. First of all, we want to get good results. So we want to get the result that will lead us to second place. This is our goal. It is unfair to Latvia if I say things like ‘We expect a clear different win’. “Let’s win first, let’s see that, let’s comment later. We analyzed Latvia, we watched their match against the Netherlands, I think they performed well in that match as well.”

Merih Demiral: I still have full faith that we will participate in the World Cup

National football player Merih Demiral stated that this team has given good performances in the past and they are strong enough to repeat it.

“Now we try to look to the future, not to the past. We want to live tomorrow. There are poor performances, but we all try to do our best. I hope we can go back to those days we miss. We try to do our best to wave our flag in the best way, befitting the national team, in every match we play. ”

Merih said, “Your mental state is as curious as your tactics. Are you ready for this match?” answered the question.

“We always have motivation, we don’t see any match easy. We go through bad times, performances that we don’t want may come out. There are reactions and we try to get them attention. We get very upset when things go wrong. There is a very nice environment, everyone is trying to play for each other. “There is no doubt, but sometimes there can be bad performance and formlessness. We try to do our best for the national team. I believe we will show this in the next three games. I hope we will participate in the World Cup.”

Merih Demiral: I have full faith that we will participate in the World Cup. pic.twitter.com/WNxGsLmtju

National football player, “Who is responsible for the recent poor performance of the national team?” He gave the following answer to the question:

“We all have the responsibility, we take the responsibility on ourselves. Our teacher will explain more precisely in terms of tactics. Our teacher has just arrived, he is trying to reflect his tactical understanding to us. It’s not something that will happen right away. We had bad days in the past, and everything happened suddenly. In the last 5 months, something bad happened. We went through a process. Especially Hamit Ağabey conveys his experiences to us, he takes care of us personally, this is a great chance for us. It is also a great chance to have a teacher. I believe that as our teacher reflects his mentality to us, we will return to those old days, and even better. We always try to look positive. I hope “We will have the best results in the next matches. Of course we will wait for the opponents to lose points, but I still have full faith that we will participate in the World Cup.”

On being reminded that they have not won 6 games against Latvia, Merih said, “This is a great chance for them, we want to win the match tomorrow and get three points. We are not interested in these, we may not be able to beat them in 6 games, but tomorrow we will try our best to break that unfortunate course and hopefully get three points from here. We’re leaving for.” made its assessment. 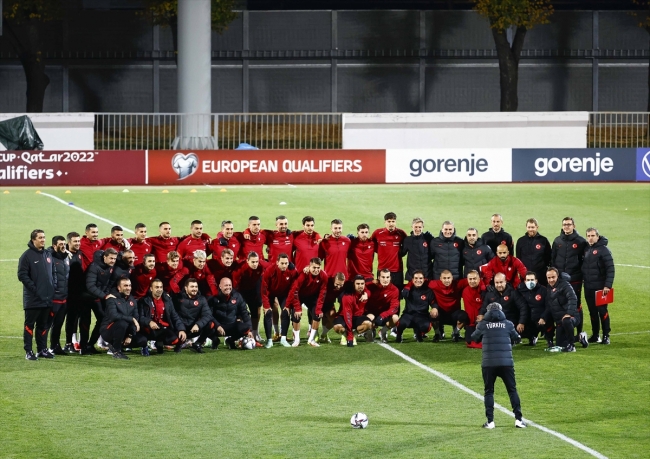 A National Football Team is ready for the Latvia match

A National Football Team has completed the preparations for the away match against Latvia in Group G of the 2022 FIFA World Cup European Qualifications.

The first 15 minutes of the training under the management of coach Stefan Kuntz at the Daugava Stadium, where the match will be played, was open to the press.

The training, which was carried out as a full squad, started after Stefan Kuntz spoke with the players in the middle of the field and took a team photo. The training, which started with a warm-up, continued with running and passing. In the closed part of the training, it was stated that the tactical study of the Latvian match was carried out.

Condolence message from the Ministry of Foreign Affairs to Yemen

Line attack on women in Hatay

A “Safe Education Practice” was implemented across the country