Bilge Kağan is preparing for the Youth European Boxing Championship, which will start in Montenegro on October 15, at the Kadıdağ Camp Center of the Turkish Boxing Federation in Kastamonu.

Bilge Kağan, who has won the third place in Europe and the Turkish championship in her career, aims to be the first in the European championship. 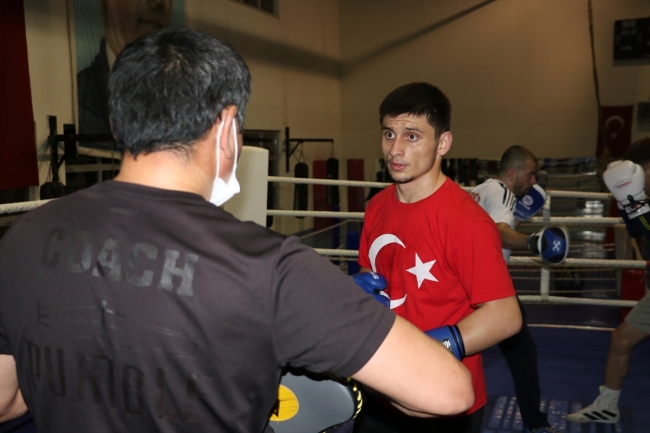 Bilge Kağan Kanlı, a senior high school student in Trabzon, said that he boxed at 67 kilograms.

“After the European Championship, I want to get a degree in the 2024 Olympics”

Bilge Kağan stated that they are preparing for the Youth European Boxing Championship by training twice a day. Bilge Kağan explained that he started boxing with the support of his family.

“I have been boxing for 7 years. I also have the second place in the Azerbaijan Cup. I believe that we will achieve good degrees as a team. My goal here is to turn the bronze medal I won third in 2019 into gold. I am here for these goals. This year, instead of third place, I will take the championship, the medal and return home. Here I am. “We are doing our best. My main goal is the Olympics. After the European Championship, I want to get a degree in the 2024 Olympics.”

Electronic devices malfunctioned during the voting process in Iraq

Minister Kasapoğlu does not leave national athletes alone in Tokyo

The excitement of the new season in the Organization