Finishing the first half of the match ahead 1-0 with the goal of Güven Yalçın, the black and white team could not prevent the match from being drawn 1-1 with the goal they saw in the goal in the second half.

Beşiktaş, who found another goal with confidence, did not allow the goal despite the pressure of the opponent in the last minutes and won the field 2-1.

Besiktas, which won the 5th league in the league, increased its score to 17.

Sergen Yalçın was fired in 43

Beşiktaş Coach Sergen Yalçın was shown a red card in the 43rd minute of the match. In front of Sivasspor penalty area, Can Bozdoğan remained on the ground with his opponent’s move.

Yalçın, who reacted to referee Yaşar Kemal Uğurlu, who decided to continue this position, and who was about to leave the field in front of the bench, was punished with a red card.

Yalçın was sent to the stands after receiving a red card. Assistant coach Murat Şahin tried to guide the black-and-white team in the remaining section.

After the match, the black and white fans cheered in favor of Sergen Yalçın. 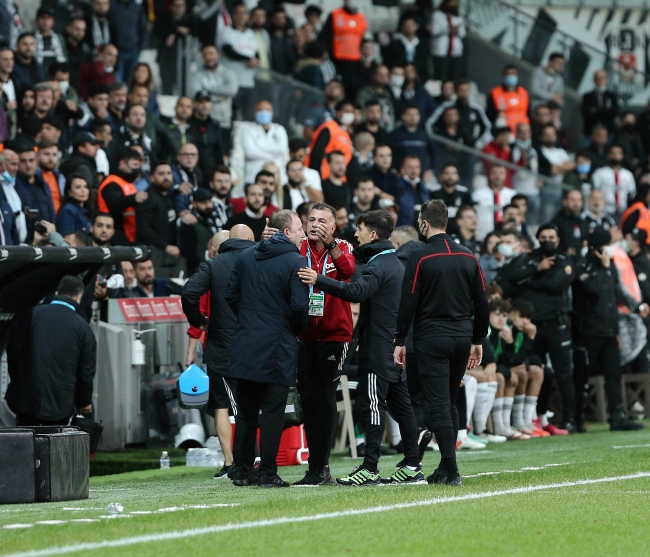 He couldn’t close his castle to the goal again

Beşiktaş scored in the league for the fourth time in a row.

The black and white team, which did not allow their opponents to score in the first 4 matches in the league, conceded two goals each in the matches of Fraport TAV Antalyaspor and Altay, 3 goals in the match of Adana Demirspor and one in the match of Sivasspor.

Beşiktaş could not prevent 8 goals in the last 4 games.

Güven Yalçın, who scored the goal that put Beşiktaş 1-0 ahead, experienced this joy for the second time in a row.

Güven, who scored the only goal of his team in the match where the black and white team lost 2-1 against Altay, aired the nets twice in the Demir Grup Sivasspor match.

Güven Yalçın has scored the last 3 official goals of his team.

Güven, who was able to score a goal in the league last season, scored this goal in the match his team beat Demir Grup Sivasspor 3-0 in Istanbul.

Sivasspor was defeated after 5 matches

Sivasspor was defeated after 5 matches in the league. Sivasspor, who took its last defeat in the league against Trabzonspor with a score of 2-1, then finished 3 matches in a draw.

Amnesty granted to those convicted of "speaking out" cases in Jordan

A 'ninja' attacked special operations in the USA: There are wounded

Moderate message from Greek Prime Minister Mitsotakis before the meeting