In Kastamonu, a group of 11 people, including public officials, went to Kavak village in Hanönü.

The people, who showed fake documents and introduced themselves as AFAD officers, convinced the villagers that they would do landslide and earthquake prevention works. They excavated to a depth of 100 meters with construction equipment for 3 days. 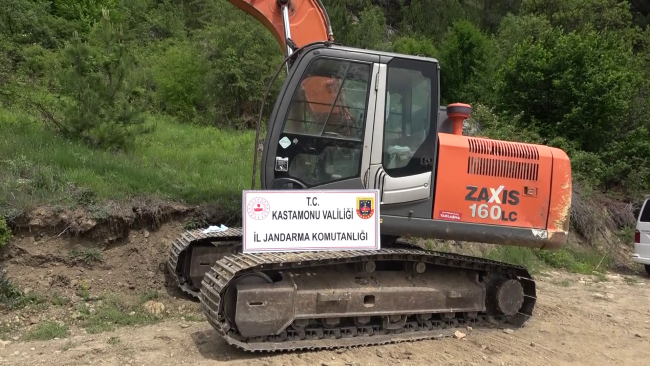 Village residents, when suspicious, reported the situation to the Gendarmerie and the Regional Directorate of Forestry.

The teams immediately pressed the button for the operation. In the operation, the group of 11 people was caught red-handed.

Construction machinery and vehicles used in the excavation were also confiscated.

Statement of report card and make-up education from the Minister of National Education Ziya Selçuk! gave the date

How much is a quarter of gold, how much is a gram of gold today? Live gold prices 13 June 2021! Republic gold, 22 carat bracelet price

The most critical 15 days in Fenerbahçe! Roads can be parted with 8 players

“Coronavirus” quarantine to a village in Ardahan

Fenerbahçe Öznur Kablo gained an advantage in the series