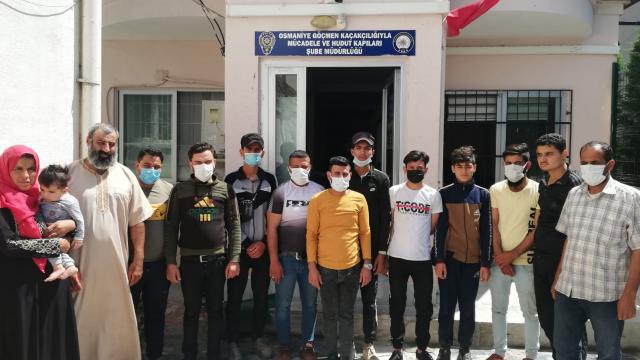 In Osmaniye, 18 illegal immigrants, 4 Afghans, 14 Syrians, were caught in two passenger buses stopped by the police, who were determined to have entered the country illegally. Action was taken against the 3 drivers on the buses on the charge of ‘immigrant smuggling’.


Osmaniye Provincial Police Department’s Combating Immigrant Smuggling and Border Gates Branch Office teams carried out work on intercity bus companies on the D-400 highway. During the ID control of the 2 passenger buses that were stopped at the controls, it was determined that a total of 18 illegal immigrants, 4 of whom were from Afghanistan and 14 of whom were Syrian nationals, did not have identity documents issued by the official authorities and entered the country illegally. The detained illegal immigrants were handed over to Osmaniye Provincial Directorate of Migration Management to be deported after statements taken through an interpreter.

On the other hand, bus drivers MEA, MA and YY were detained. Legal action was taken against the drivers for the crime of ‘immigrant smuggling’. In addition, after it was determined that the coronavirus measures were violated and the passengers traveled without the Hayat Eve Sığar (HES) Code, 2 buses were banned from the trip for 10 days.

In Tirilye, one of the touristic areas of Bursa, the downpour ripped out the cobblestones.

Claims that Myanmar's ousted leaders were taken to an 'unknown place'

The suspect, who opened fire at random with a shotgun in Samsun, injured 3 women, was taken into custody.

Pakistani Foreign Minister: We are afraid of Afghans immigrating to Pakistan

Fuat Oktay: Our stance on Cyprus is clear, it will never change

11 more hills were found around Göbeklitepe