The primary target in Eskişehirspor is the debt to Trabzonspor.

Eskişehirspor, one of the well-established clubs of Turkish football, has difficulties in establishing a squad due to the economic difficulties it has experienced and the transfer ban imposed due to its debts to football players who played in the past, to coaches and some clubs.

Due to the transfer ban, the Eskişehir representative, who could not achieve sportive success in the 2018-2019, 2019-2020 and 2020-2021 seasons, where he competed in the TFF 1st League, with the young players he trained from his infrastructure, fell into a lower league.

Eskişehirspor is upsetting its fans because it did not get the desired results with its young players in the TFF 2nd League, which it competed in the 2021-2022 season.

The management of the black-red team, which took office on July 27, rolled up its sleeves to close the debts from the past.

First of all, the black-red administration, which closed the debt files in FIFA due to debts to foreign players, lifted the transfer ban for infrastructure.

Eskişehirspor management established the website “dosyakapat.com” about 10 days ago to pay off the debts left over from the past with the support of the city.

Donors who enter the site can click the “Support” button and send any amount of money, at least 26 TL, to the club’s account. Eskişehirspor executives plan to pay their debts to Trabzonspor first with the money they will get from here. 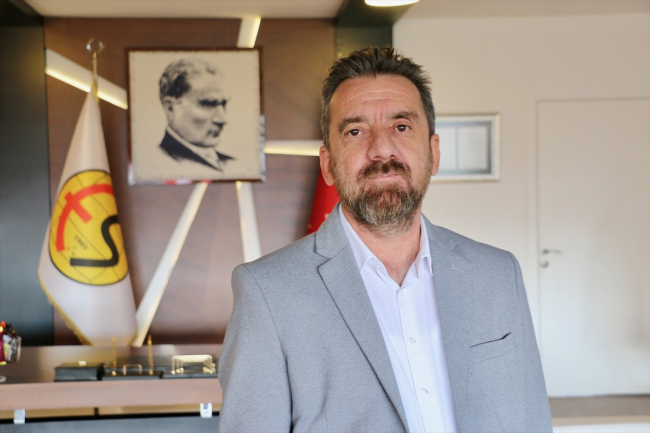 Club President Mehmet Şimşek stated that the black-red club was almost in debt, and that even the manager could not be found.

Şimşek explained that they started to struggle with debts in the past from the day they came to the administration.

“First, we handled the files in FIFA. Due to the big penalties from FIFA due to the contracts of foreign players with the euro, we first cleared them, we closed the 10-11 files completely.”

Şimşek explained that they are dealing with other files that negatively affect the future of the club, and that they have established a website called “dosyakapat.com” to support Eskişehirspor’s debts.

Şimşek stated that they expect the financial support of the people of Eskişehir through the site.

“We started a campaign 10 days ago to close the files, primarily the Trabzonspor file. At the moment, the participation is not at the desired level. We will use the money that will come to the club through this site to close the files down to the penny. As always, our fans participated in the campaign, but the dynamics of the city and business people. “There is still no one participating. We are waiting with hope. Our first goal with the campaign is to close the Trabzonspor file. Because the two cities are too tense. We want to start by closing the debt to Trabzonspor. We have a debt of about 400 thousand euros.”

“We expect the city to reconcile and integrate with the club”

Mehmet Şimşek, reminding that the Eskişehir representative took the field with the children he raised from the infrastructure, emphasized that their goal this year is to stay in the league. Şimşek mentioned that they could not achieve sportive success on the field.

“Because our players are young, they lose their concentration in red cards, penalties or conceding goals. It is very difficult for them to recover. Most of our players are on the field for the first time. We don’t know if we can fix things until the league is over. If we can’t provide that much debt and enough support, it is difficult to open the transfer board. Get back to yourself, be a good manager, fight, close the file, pay off debt. If you are not successful in the field, faith will disappear. As the management, we are fighting in a transparent manner. We are working day and night to ensure that the coat of arms does not fall to the ground, but after failing on the field, the support also decreases. Have a good day stubbornly. “Like the whole city, our lives get dark when we lose the match. We expect the city to reconcile and integrate with the club.”

Incisionless, painless method in the treatment of hemorrhoids

Denying suicide news from the police

What is the danger of hormonal foods for our body?

Destruction of mucilage under the sea displayed