New details have emerged in the symptoms of Covid-19, which has been on the agenda with its variants recently. The British professor explained the new symptoms and what to watch out for. Tens of millions of people were infected with the Corona virus (Kovid-19), which emerged in Wuhan, China, about 2 years ago and spread almost all over the world in a short time. Close to 5 million people died due to the epidemic. Experts underline that millions of lives have been saved with vaccination efforts. However, it is possible to catch the Delta variant of Kovid-19 even when double-vaccinated.

WHAT ARE THE NEW SYMPTOMS IN CORONAVIRUS SYMPTOMS?

“Zoe Covid Symptoms” Professor Tim Spector, who conducted the research, underlined that the symptoms of coronavirus changed after the application of the variants and the vaccine in a television program where he was the guest of a live broadcast. Speaking about the list of symptoms prepared by the British Ministry of Health, the British professor said, “All we can say for sure is that the first five symptoms are very different from what the government is talking about right now.” High fever, persistent cough and loss of taste & smell are at the top of the UK Department of Health’s list of the most common Covid-19 symptoms. According to the British professor, these symptoms are now very rare.

‘We have to face reality… Most people with Covid have cold-like symptoms. Spector underlined that anyone who shows these symptoms has the risk of becoming coronavirus. Common cold symptoms include runny or stuffy nose, sore throat, low-grade fever, weakness, mild body aches or mild headache, sneezing, mild difficulty breathing, and coughing. 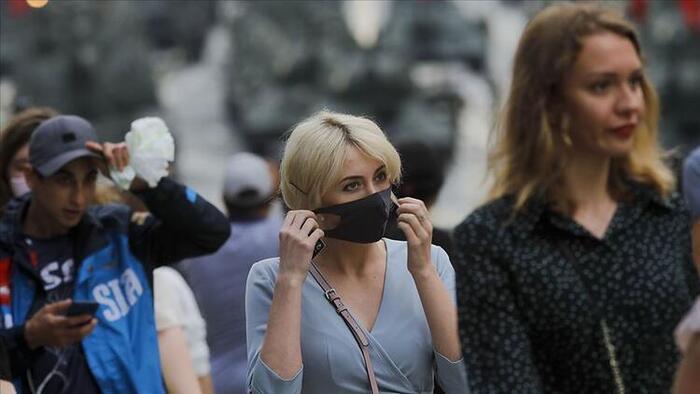 On the other hand, the name given to the simultaneous occurrence of the coronavirus and flu epidemic. Twindemic It is one of the biggest fears of the scientific world lately. Former Food and Drug Administration Commissioner (FDA) Dr. A lot of talk came from Scott Gottlieb.

Gottlieb, who manages the FDA under Donald Trump and serves on Pfizer’s board of directors, gave the following statements in an interview with CNBC; ‘We didn’t see a flu season last year. We are facing utter disaster as we have not immunized the population for at least one and perhaps two years now. The flu will return very aggressively.’ Underlining that we will encounter two epidemics at the same time, scientists underline that the best way of defense is to have the flu vaccine together with the coronavirus vaccine.

Similar concerns were expressed last year, and it was warned that the two viruses could cause the epidemic to become more severe. However, there was no fear, and there was no significant increase in the world population. Experts have made frequent calls to ‘get vaccinated’ this year in order to survive the ‘double pandemic’ period without any damage.

Parliament Speaker Şentop: The EU should be ashamed for breaking the migration agreement

Moroccan Volleyball Federation: 3 of our players escaped from the airport in Italy

In Akşehir, police teams delivered the cat they found on the street to its owner.

Minister Karaismailoğlu: We met the urgent needs, we will overcome the disaster

He gasped in the live broadcast, Twitch threw out of the partnership!