Diploma traffic from President Erdogan in the USA!


President Recep Tayyip Erdoğan met with the two leaders in the United States, where he is to attend the 76th United Nations (UN) General Assembly.

30-minute meeting with the President of Croatia
Erdogan met with Croatian President Zoran Milanovic. The meeting, which was closed to the press at Yeni Türkevi, lasted about 30 minutes. Minister of Foreign Affairs Mevlüt Çavuşoğlu, Minister of Culture and Tourism Mehmet Nuri Ersoy, Minister of National Defense Hulusi Akar and Minister of Trade Mehmet Muş were also present at the meeting. 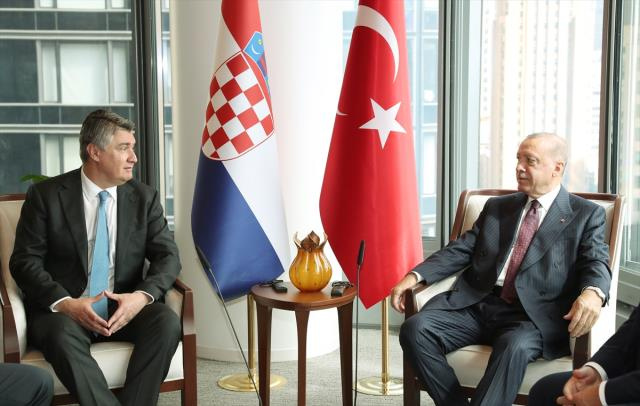 Compensation response from the USA to FETO like a slap

1.5 million dollar ruby ​​ring was seized while trying to be sold in Muğla

What are inactivated and mRNA coronavirus vaccines?

Pay attention to these signs; may be iron deficient

Süleyman Seba commemorated on the 7th anniversary of his death