SpaceX will take 4 passengers around the world for 3 days

For the first time in the 60-year history of manned spaceflight, SpaceX will carry out a 3-day tour in earth orbit with 4 tourists without the support of professional astronauts.

“This is the first step towards a world where ordinary people can go and adventure among the stars,” said 38-year-old businessman Jared Isaacman, who undertook the expenses of the 4-person flight, called Inspiration-4. used the phrase.

Along with Isaacman on the trip will be a 29-year-old health worker who battled cancer as a child, a 51-year-old geology teacher and a 42-year-old former female fighter pilot who won the competition for flight. 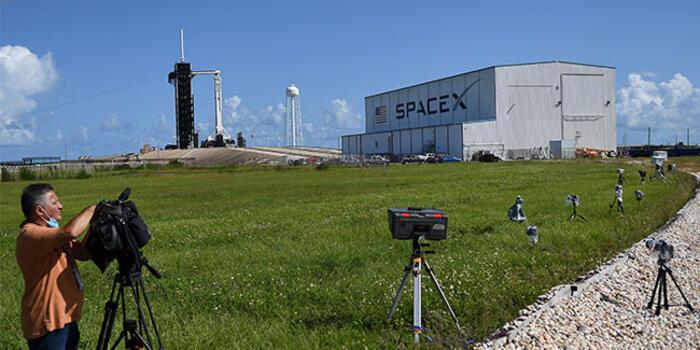 Space tourists, who will travel in a fully automatic Dragon capsule of the type that SpaceX uses to send astronauts to the International Space Station (ISS) on behalf of the US Aerospace Agency (NASA), will start their journey with the launch to be made from Kennedy Space Center on Wednesday night. It will rise approximately 160 kilometers (575 kilometers) higher than

This altitude is slightly above the current orbit of the Hubble Space Telescope.

British businessman Sir Richard Bronson also traveled to an altitude of 100 kilometers from the point where space begins, with the vehicle developed by his company Virgin Galactic on July 11.

The Unity-2 spacecraft, carrying 6 people, including Branson, was launched from the US state of New Mexico, and the vehicle landed on the earth with Branson and its companions without any problems.

Jeff Bezos, the founder of the US e-commerce giant Amazon, traveled to space on July 20 with the spacecraft developed by his company Blue Origin.

The flight, whose crew of four were all civilians, was “the first flight without a pilot” in history, and lasted about 10 minutes.

There are no orange provinces left on the Coronavirus Risk Map

Russia carried out 15 airstrikes on Idlib